No, this is not an advertisement for hockeytv.com. It’s also not an endorsement for Bigger Vulcan. Consider this a public service announcement.

For only $99.99 you can watch your Birmingham Bulls do hockey with Eli Gold on the call for the remaining 14 home games.

Now you’re going to want to try to make it out to Pelham for the Bulls Legends/Adult Jersey Giveaway Night on April 10th, so in that case make it 13 home games left to watch on TV with the legendary Bulls announcer for only $7.69 per game. If you have yet to invest in a Smart TV, you can watch on your computer, smartphone, or tablet. And yes, the hockeytv.com package includes Birmingham’s away games, but I will warn you it may lead to jealousy of other teams’ ice rinks. It makes you wonder if the Bulls should consider moving back to Birmingham where they once played in the 70’-s and 80’-s. 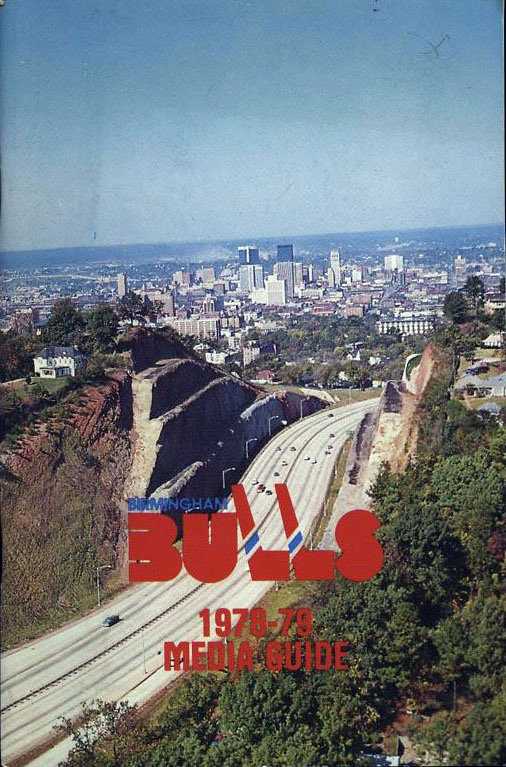 The soon-to-be renovated BJCC Arena is set to be complete in time for the World Games in 2022 (check out @worldgamesbham on twitter.com) and we know it will be home to the Birmingham Pelicans G-League team (@bhampelicans) in 2022, so it makes sense to have our hockey team back in Birmingham and all of our professional teams (Barons, Bulls, Legion FC, soon-to-be Pelicans G-League) within city limits.

It appears a petition has already been created to do just that. And by the looks of it, it appears the change would make it easier for Brian to get to games. I might just have to give it my John Hancock myself. —> https://bit.ly/39VahsC

Now back to hockeytv.com. By no means is it a perfect product. After watching a few games, it appears the Bulls have Mr. Gold calling the game as well as setting up and working the audio. While the Bulls let up four goals early in the first period Friday night, the Hall of Fame announcer was waiting to hear back from his wife, if his microphone was working properly.

But, by golly, it’s Birmingham’s Professional hockey team, and we are going to support them.

And that brings me to my next point. These players work too hard, day in and day out, towards the President’s Cup for the Lamestream media not to cover it. Does AL.com think they’re too good to cover Birmingham’s Professional Hockey team? Total joke. That is why mybhmsports.com is the #1 source for Professional Sports in Birmingham and the #1 Bulls Blog in America.

Also included in your hockeytv.com subscription is the ability to go back and watch the Bulls’ biggest comeback of the year on January 22, 2021, against the Huntsville Havoc when the Bulls overcame a 4-1 deficit on First Responders Night.

Lastly, keep in mind: if you watch online, you can avoid listening to the in-game music that has become psychological torture. Maybe it’s time we retire Ke$ha, Uptown Funk, and Gangnam Style. Just google “PSY America” and tell me if you think we should be playing his music. It’s time to mix things up.

How about “Should’ve Been A Cowboy” by Toby Keith? Or for when there is a fight play: “If You Want Blood You Got It” by AC/DC? When the Bulls come back from behind: “Back In The Game” by Airbourne? Heck, I’d rather hear some Guns N’ Roses before I hear that techno Tik Tok pop we’ve had blasted in our ears at the Pelham Complex. This is Bulls Country, and it’s time we start acting like it. Can we get a little “The American Way” by Hank Jr.? Some Nickelback for our Canadian brethren? Figure it out!

Here is the link to the ever evolving Ultimate Birmingham Bulls Hockey Playlist https://open.spotify.com/user/cev0010/playlist/1TZzv8TQmP3WxxpHgjrHn1

Remember, at the end of the day, we must support our Birmingham Bulls.

You can bid and purchase player game worn jerseys, autographed merchandise , pucks and more all on the Dash Auction App.

The Bulls next game is at the Pelham Civic Complex on Thursday, February 11, at 7:30 PM CST: Just two days away. Follow @sportsinbham on Twitter to know if any of Birmingham’s three professional sports teams play in Birmingham today. Go Bulls. Kick Ice.

All 12 Eli Gold Calls From Bulls Wins This Year (Warning, Number 10 Will Upset You)

1 thought on “Limited Time Only: Bulls Hockey with Eli Gold on Your TV for Only $7.14 A Game”

You may have missed